David is the annual consultant / moderator for the Rotterdam Lab at CineMart and co-founder of Stowe Story Labs in the United States.

He is currently creative consultant for The Royal Film Commission - Jordan on the Rawi Screenwriting Lab and has been selected as a Screen Consultancy Expert in script consultancy  supporting companies on the FOCUS scheme, supported by Creative Scotland and Scottish Enterprise.

David recently consulted on a slate of five feature film projects for On-Screen Manitoba and Manitoba Film & Music Funds through Script Angel. In addition David has consulted for Arts Council Malta's KulturaTV fund since it's inception.

David has worked as script consultant on single projects and slates in North America, Europe, Middle East. North Africa and Asia including work with Academy Award and BAFTA nominated producers and screenwriters and national film funds.

As a screenwriter David recently completed writing to commission the latest draft of the European co-production TEMPELHOF and has been commissioned to write the international co-production RULIN.
David is the director of advance films with whom he has slate of projects. Currently in development are feature films THE BELONGING and LITTLE DOORS and television dramas RECONSTRUCTION and  UNMARKED.
​
Directing credits include the award-winning feature film MILES FROM NOWHERE.

Previous script development and / or training clients include: 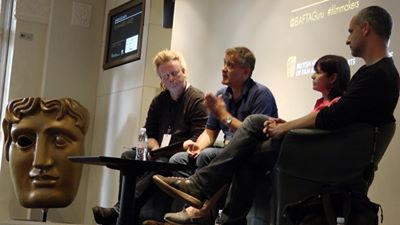